Glue ear is an ear infection where thick fluid builds up behind the eardrum of your child. This could lead to hearing difficulties and, if untreated, cause permanent damage. Find out what causes it and how to treat it.

Glue ear (also known as middle ear effusion and chronic secretory otitis media) is a very common condition among children. Although it predominantly afflicts young children, it can develop at any age and can affect one or both ears. Glue ear occurs when the middle ear, which is behind the eardrum and normally filled with air, fills with a sticky, glue-like fluid. This fluid dampens the vibrations made by sound waves as they travel through the eardrum, meaning  that hearing can become impaired. In essence, it can be likened to the affected ear or ears having a volume control which is turned down.

In fact dulled hearing is the main symptom associated with glue ear. This can range in severity from a slight difficulty to deafness in extreme cases. Other common problems that are a sign of the condition are clumsiness and lots of falls, as the ear plays an important role in balance. Below is a list of possible symptoms that are seen in children with glue ear:

Some children can also experience psychological, behavioural and developmental problems as a result of dulled hearing caused by glue ear. If the condition isn’t picked up in good time, children affected by the condition may not do as well as they should academically, as it can be difficult for them to know what is being said in class  and to follow their teacher. They may also become isolated socially, as they find it difficult to join in with their peers when playing games. This isolation can lead to frustration and behavioural problems, with the child feeling left out and becoming quiet and withdrawn. In severe cases it is thought that glue ear can lead to speech and language development problems.

A major cause of glue ear is thought to be due to the Eustachian tube, which link the throat to the middle ear, not working properly. If the Eustachian tube becomes blocked or does not open sufficiently to drain fluid that accumulates there, then the fluid may remain in the middle ear. Often children with glue ear develop the condition after a cold, influenza or ear infection that causes extra mucus to be produced, which is sticky and may have difficulty draining down the Eustachian tube. However, it is not the case that all cases of glue ear start with an infection. Enlarged adenoids are also thought to be a cause. Adenoids help to fight off infections and if they become too big, they can cause blockage of the nose and Eustachian tube. Passive smoking has been linked to persistent glue ear in children.

In you suspect your child has glue ear, you need to take them to your doctor, who will ask about the symptoms and conduct an examination of your child focusing on the ear drums to check for any infections in their ears. What normally happens after this initial examination is that the doctor will ask you to return in a couple of months’ time to see if there has been any improvement in your child’s condition, as it is possible that it may resolve itself. If there hasn’t been any improvement over this period, the doctor will probably refer your child to an Ear, Nose and Throat (ENT) specialist. They may also need to see an Audiologist who can perform a tympanometry test, which is the best available way to confirm glue ear. This test uses sound waves that are bounced off the ear drum to measures its flexibility. It may be then that your child will be recommended a grommet operation, which is performed under a general anaesthetic. Grommets allow air into the middle ear, alleviating hearing dullness almost immediately. 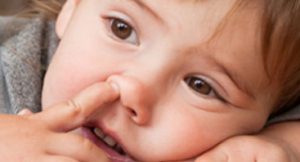 Nosebleeds are very common in preschoolers, as the inside of the nasal passages are… 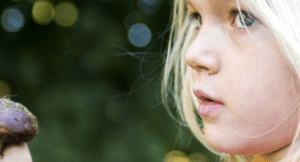 Whether it's colorful tablets on the dresser or chemicals under the sink, curious toddlers… 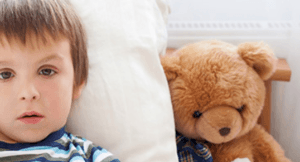 It’s occasionally hard to distinguish between the symptoms of a common cold and influenza,…