Rubella is a contagious viral disease, which shows up as a red rash. While it’s a mild illness and has been nearly eradicated, it’s good to be aware of it and to know how to prevent it.

Rubella, also known as German measles, is a communicable childhood disease that used to be common in children before the development of the first Rubella vaccine in 1969. Now that most children in this part of the world receive the measles, mumps, and Rubella (MMR) immunisation, it’s now thankfully rare. Recent controversy over the MMR vaccine and its unproven link to autism has led to a decreased uptake of the vaccine in some countries, leading to concern that the incidence of Rubella may increase in certain communities.

How is Rubella spread?

Rubella can be spread among pre-school and elementary-school children, with infection rates being higher in the late winter and early spring. The disease is caused by the Rubella virus, which is spread via airborne droplets or by direct contact with infectious patients. The virus’ name is derived from the Latin for ‘little red’ and came to be known as German measles because it was first described by German physicians over 250 years ago. Rubella is often mild and its attacks can often pass unnoticed, often lasting only one to three days. Rubella isn’t dangerous for young children and they recover more quickly from the disease than adults. Adults who contract the disease sometimes suffer complications, such as arthritis and encephalitis (inflammation of the brain).

If Rubella is mild, why is it dangerous?

Although Rubella isn’t dangerous to young children, it can be devastating to unborn babies during early pregnancy. A pregnant woman infected with Rubella during her first trimester has an 85 percent chance of having a baby with a condition known as congenital Rubella syndrome. This can cause miscarriage, stillbirth and severe birth defects, including deafness, blindness and heart and brain abnormalities. In fact, the Rubella vaccine was developed primarily to protect women of childbearing age before they became pregnant.

What are the symptoms of Rubella?

The first sign of Rubella in children is often a rash that generally starts on the face and neck, spreading to the rest of the body later. The rash has the appearance of pink or light red spots, which may merge together to form evenly coloured patches. The rash may be itchy and typically lasts for two or three days. Other symptoms include:

How contagious is the disease?

A child with Rubella is considered to be most contagious while they have the rash, but the total period for when they can pass on the infection lasts for a week before the rash appears to a week after it goes away. If you think you are pregnant and have never received the Rubella vaccine, you should stay away from an infected child until at least a week after their rash disappears.

Should I call the doctor if I think my child has Rubella?

Yes – in most countries Rubella is on the list of notifiable diseases, so your doctor will need to report any incidences to the health authorities. If your child is showing a signs of a fever or rash, or has any other symptoms of Rubella, you should phone your doctor for an immediate appointment. Rubella is easily confused with other childhood illnesses such as measles and scarlet fever, so your doctor will want to make a full examination and take blood samples to confirm the type of pathogen that is causing the symptoms.

How should I treat Rubella?

It is highly unlikely that your child will contract Rubella, but in the improbable event that they do, you are limited to just being able to treat the symptoms, which thankfully are mild. Antibiotics won’t be prescribed by your doctor because the illness is caused by a virus, not by bacteria.

Prevention is better than cure

You can protect your child against Rubella by ensuring that they receive the MMR vaccine, which is a part of most countries’ national immunisation program. It’s usually administered at 12-15 months of age, with a booster dose given between 4 and 6 years. You can check with your doctor about your child’s immunisation schedule. 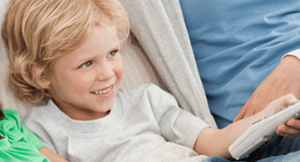 Screens are part of the lives of many young children, but are they really… 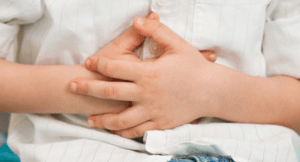 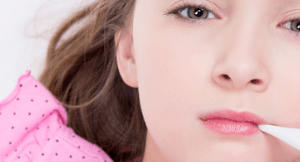 Body Temperature and Fever in Toddlers

Fever is a sign that your toddler is fighting an infection. As parents, it’s…