At the age of four years your child still lacks full self-control and will often act on impulse. When their impulses result in a transgression, it can take several admonishments before the offending behaviour stops. Repeating transgressions is also a way of testing the limits – does mum really mean it or can I get away with my behaviour? Will dad ignore me if I carry on after he’s told me to stop? It can be difficult knowing how to discipline a child when all they seem to do is to want to willfully oppose you at every turn. Here we look at how you can help your child learn to understand what is acceptable and what is unacceptable behaviour.

Explain what’s expected of them

A mistake that adults often make is that their level of expectancy of a child’s ability to determine what’s right or wrong is too high. A child learns about right and wrong from experience and it takes time to gain that experience, so children will inevitably perform actions that they perceive to be perfectly innocent but which you wouldn’t want them to repeat – an example would be if your child is bashing their toys into the wall causing the paint to chip. In this instance, you shouldn’t punish your child after the first time, as they quite simply might not have realised that what they are doing is wrong. They should instead have it explained to them that their behaviour – although fun for them – is not acceptable because it’s causing damage to the family home.

Be firm but fair

If your child persists in their behaviour, you should tell them again that this is unacceptable and that there will be consequences to their actions if they continue. Explain what the consequences would be; such as the removal of their toys for the rest of the day. If they then persist, you should remove the toys as you said you would and explain that the reason you are doing so is because you asked them to stop and they disobeyed you. Be firm with them – if they start to scream, shout or throw themselves around because they are angry that they haven’t managed to get their own way, you should take them to a place where they can’t hurt themselves, while remaining calm and continuing to explain to them the reasons why you have taken the toys away.

Consistency is the key to effective discipline – as soon as you fail to enforce a consequence that you have said will happen your child will learn that there are occasions when mum or dad’s resolve is weak. This means that they are more likely to test you again in the future. You should establish the position as rule-setter and rule-enforcer as early as possible, so that your child understands from an early age the standards expected of them. It may at times feel easier to ignore bad behaviour in order to avoid conflict and stress, but this will reinforce to the child that their bad behaviour is acceptable. The same is true if you fail to follow through on a stated consequence of this bad behaviour – they will come to think that you don’t really mean what you say.

Parents need to agree on the approach that they are going to take with their children and to support each other when disciplining their child. If a child thinks he can get away with misbehaving with one parent, they will learn that they can play one off against the other. This not only has consequences for their future behaviour, it can impact on the parents’ relationship and cause strife, as one parent will feel undermined by the other. By mutually agreeing on boundaries to be set and punishments to be given for transgressions, parents present a unified front which will provide a stable background in which a child can thrive.

When disciplining your child, you should keep criticism to a minimum. Being overly critical can affect their self-esteem and feelings of self-worth. You should avoid shouting at your child as well, as they will come to see that raising the voice is an acceptable way to deal with situations. They may adopt this behaviour themselves when they are interacting with other children. Instead, remain calm and explain to them what you would like them to do and what will happen if they don’t do what is required of them. Do ask your child for their opinions when you are disciplining them, as this will make them feel that their thoughts and feelings are valued. However, the bottom line should always be that you are the rule-setter and rule-enforcer. Above all, don’t take your child’s misbehaviour personally – you were a child once and you will have been naughty once or twice yourself!

Discipline isn’t just about admonishing your child when they do wrong. Recognising when they are being good is equally as important and can have a more positive effect on their behaviour. Praising your child when they have been good, such as when they have given another child one of theirDiscipline sweets or shared their toys, reinforces the standards that you are expecting of them and also promotes their self-esteem. Praise can be more effective than punishing

A framework for the future

As your child continues to grow, they will increasingly understand the connection between actions and consequences, which will help them to form a moral framework for their future. The family home can be seen as a microcosm of wider society and communicating the rules of the household and reinforcing them effectively will prepare your child for their future lives. As your child gets older, the discipline you successfully enforce means that the boundaries you set can become wider and more relaxed until as adults, they are able to create their own. 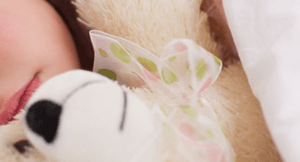 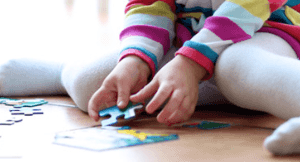 From the moment they wake up to the time they go to sleep, toddlers… 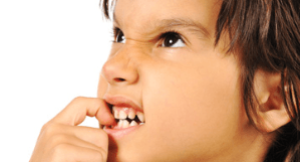 Biting is a common behavior in pre-schoolers, but it can be upsetting and sometimes…